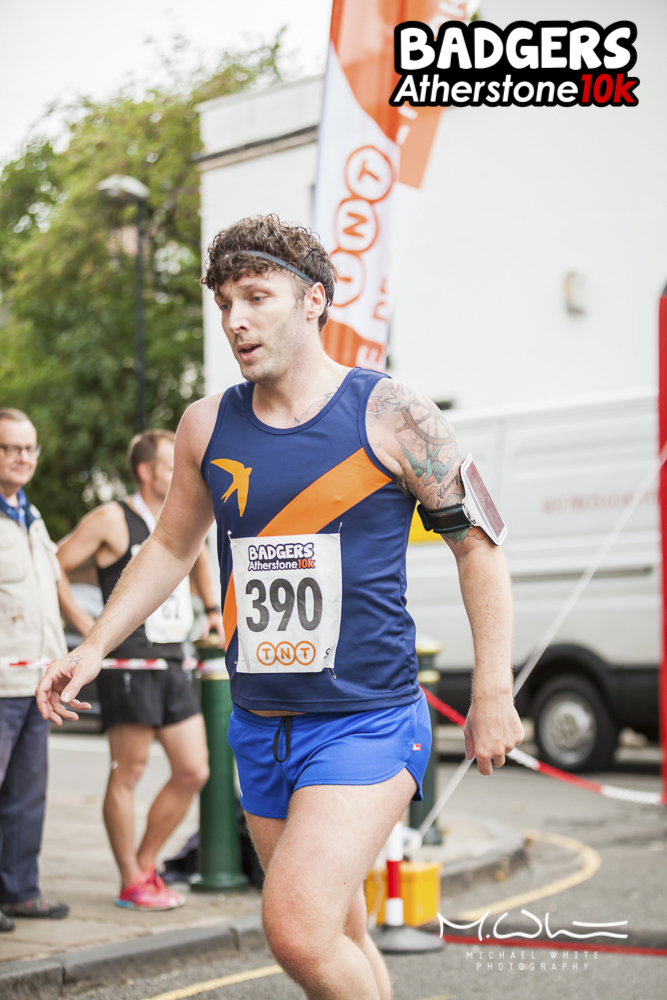 After a four year break from running I joined the Birmingham Swifts to help ease me back into running. I started with the NHS couch to 5K back in January and soon got back into the swing of things. After a few months of frosty Saturday morning runs I was back to a position where I was able to take part in a fair few 5K Park Run events. With the added Thursday evening runs with the Swifts I decided that I should push myself some more for a 10K race.
I missed the first 10K race that the Swifts were signed up for so I made a conscious effort to get signed up for the Badgers Atherstone 10K. This was the second race that the Atherstone Badgers running group had put together.
Upon arrival at registration to pick up my race number (I’m always a late entry, this is proving to be a reoccurring trait of mine) it was noted how busy the atmosphere was for a Sunday morning. There were a lot of people who were oddly cheery for that time of day. After a few more Swifts arrived it started to feel like a proper race, we were all in our matching vests which was a great sight to see. I was informed by one Swift that there was an actual badger just outside, I was quite excited at the thought of a real badger entering the room, I imagined a small badger on some kind of lead greeting everybody, I was very disappointed to learn it was actually just a man in a badger costume.
After all the Swifts were present and accounted for we made our way to the start line. If I knew then just how many hills there were I probably would have turned around..
The race itself was quite picturesque, lots of greenery. The first mile passed through Atherstone town centre then it was onto small country roads. The incline for the first few miles was nice and gradual which wasn’t too bad to be honest. Most people used the downhill to gather some momentum which proved to be a mistake as a lot of people then struggled to get up the following hill. This is where I then passed them. Mile three was very scenic. We then ran over a cattle grid and entered woodland around a lake called Black Pool; it was here we encountered our first and only water station as we ran through a track situated on private land.
Then the fun really started.

The hills for the Atherstone 10K were often, the biggest one was yet to come, between mile three and four we encountered a hill which rose to an altitude of 170m. This is where I really struggled having not done much hill running, it felt like it was going on forever. I didn’t overtake anyone at this point because it seemed like everyone had slowed down to a brisk walk up the hill. The marshal was wonderful in coaxing people up the hill with a promise that it was the final hill, we’ve heard that lie before. But once we reached the peak it really was all downhill from that point. I don’t usually run downhill but I did pick up a quicker pace on my way down. I picked up a better pace in general after this and after a few more cattle grids we were back on the dirt track through the private grounds towards the finish line. After this downhill jaunt we entered the town again where the crowds were cheering people on. After giving a few kids a high five I could see that it was the final stretch so I somehow managed to find some energy to quicken my pace to the fastest of the day. The crowds cheered and I was told that there was only 200mtrs left which is always good to hear. I was very pleased to have them announce both my name and running club as I passed the finish line. I was given my medal, tee and goodie bag and was ushered out of the way where I was met by the Swifts who had finished prior to my arrival. This is where I joined my fellow Swifts cheering others and waiting for our own to make it across. The hill had proved tricky for quite a few runners that day added a fair few minutes on a lot of people’s time.
When all were home and accounted for came the best part, a good rummage through the goodie bag. I said it then and I’ll say it again, that banana was the best I’d ever tasted. After all the pictures had been taken we went for a well deserved pub lunch which included six men getting changed in a car park and drinking isotonic beer.
I may not have come first that day or achieved a PB, but I did have the shortest of shorts. 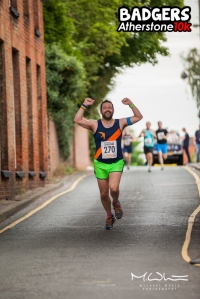 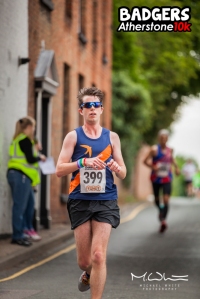 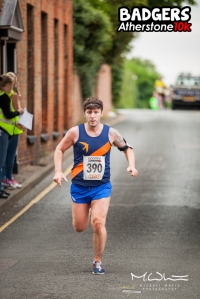 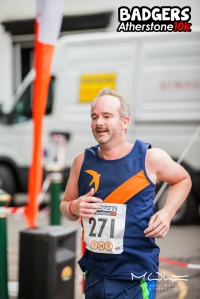 The Swifts Announce Partnership with The Fox