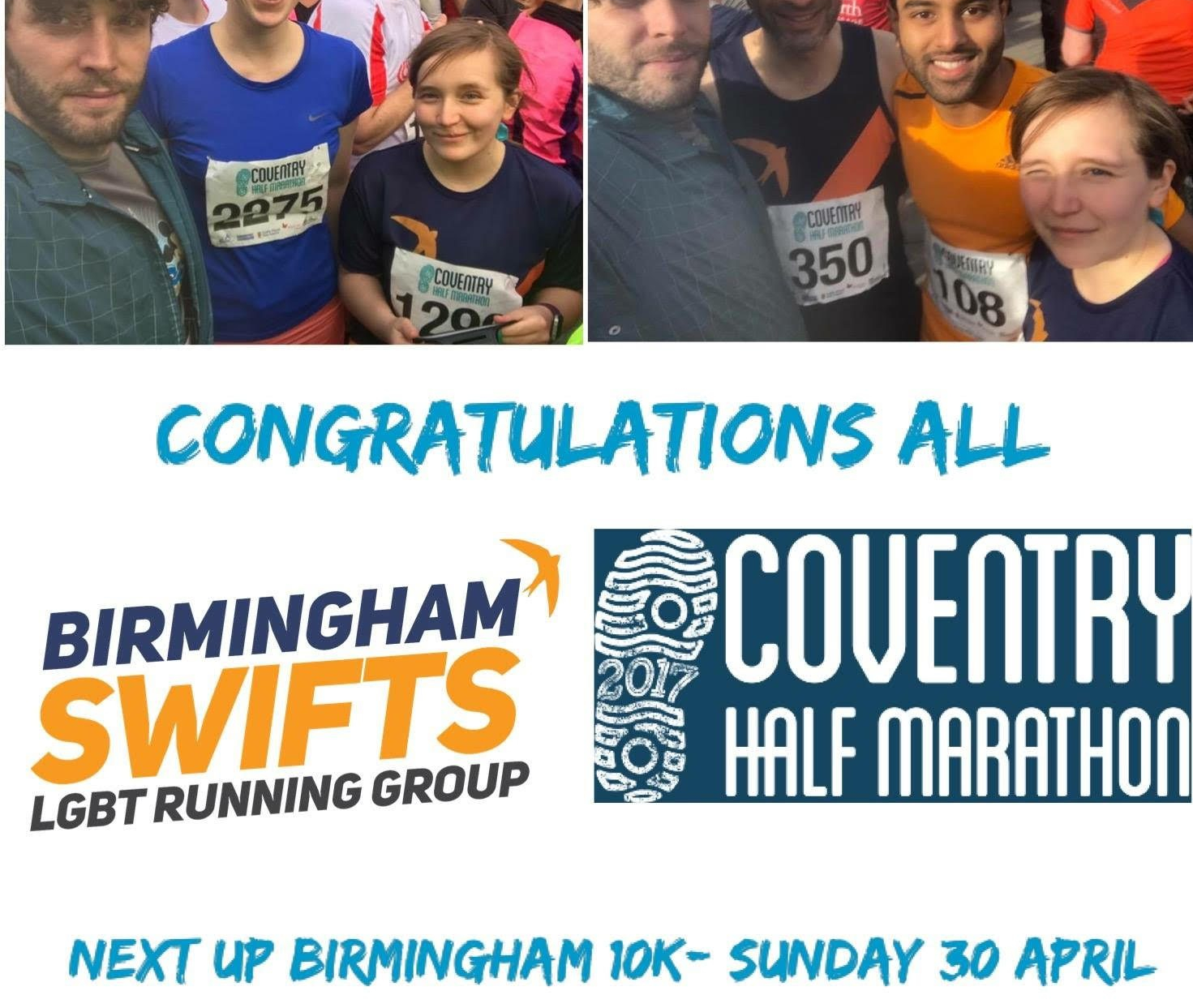 I will start this report with a word of advice. Don’t run a half marathon on ZERO training.

The Coventry Half Marathon will always be a special race for me as it was the fist half I had ever done.  Back in 2010 I was training for my first full marathon and the Coventry Half was the closest long distance race I could find.  This time around though it was different.

I signed up for the race in January of this year with great intentions to put in all the training and try for a course PB, That was the plan anyway.

Race week approached and there were times I was fully regretting not putting any training in and even thought about dropping out all together but I decided to stick it out and go for it.

Race day was upon us and it was turning into a great sunny morning. The atmosphere was just how I remember, lots of people walking through the city with anticipation and probably dread.  There were a few swift faces joining me on the day so that was a pleasure to be sharing the route with them. The was gearing up and I decided to join the 2:30 pacer so I could take it slow and not push myself too much.  The race started and from the first point there was not a moment when there wasn’t anyone cheering along. What I most like about the Coventry Half is that it goes through most of the city. Every street we ran along there was people out on their doorsteps or sat in picnic chairs on the pavement cheering and offering sweets.

Along with all the cheering there was live music from bands and also people bringing stereo systems out of their homes to cheer people along.

The weather held off with the odd drop of rain wish was rather refreshing welcome in the moment. I was keeping a good pace and not pushing myself to I was pleased to know that not training wasn’t having much of an impact on me.  After running through the leafy suburbs of Coventry I was at the last mile heading back into the city when I felt an awful twinge at the top of my thigh, I shook it off and carried on knowing there was no way I was going to finish this here, on a hill looking over Coventry. The race was almost over, I was back in the city and I could see the finish line when my thigh finally gave out, I couldn’t carry on. I was holding the top of my thigh tight in my hands keeping it from cramping as I crossed the finish line. All the way around I was imagining crossing the line and stopping but now I had finished the race, had crossed the line and was still running because I couldn’t let my thigh go for fear of it cramping up and being in agony. I finally stopped about 50 metres from the finish. I saw that the queue for a sports massage was enormous so stopped at a bench where I threw my leg up and stretched out the muscle. It finally relaxed enough for me to sit down and take in that I had just ran another half marathon.

My time wasn’t the best on this occasion but for me that didn’t matter. I had just run a half marathon. For me, it’s all about taking part and running with other people.

Despite my lack of training I kind of enjoyed my run through Coventry, bringing back memories of previous races.

So yes, do not run a half marathon without training, I was lucky that I just had a little cramp, it could’ve been a lot worse.