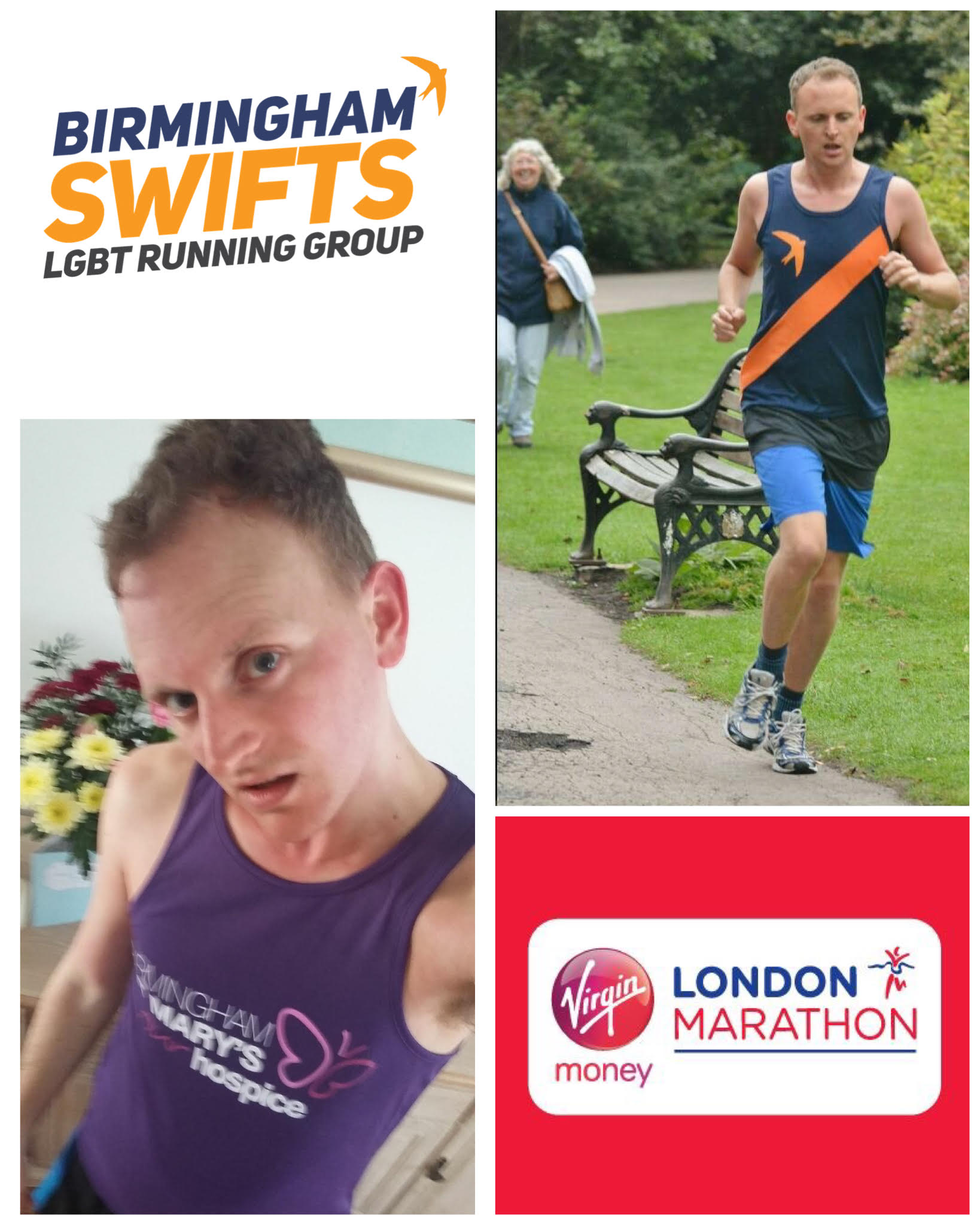 Birmingham Swifts are proud to announce that Dean Haycock will be the first ever Birmingham swift to take part in the London marathon.

We caught up with dean and this is what he had to say:

When I found out that I had Won the Birmingham Swifts club place in the London Marathon at the Christmas Party I had mixed feelings of absolute joy and excitement but also terror knowing I had never ran the distance before and that I only had 4 months to train. So I decided to not think about it and enjoy Christmas, New Year and a holiday I went on in January. The training then started with jogging small distances and every week running a little bit further until eventually I got to the point where I was running half marathon distances as part of training. Week on week I have taken on new challenges like the first time I ran to Birmingham and the first time I ran to Coventry and running distances I have never ran before.  I decided to run for Birmingham St Mary’s Hospice as it’s a local charity that really relies on donations to provide people with complex health setbacks with the best possible care. The London Marathon is only a month away and I can finally achieve my dream iv had of running it since I was a young boy running with my Dad.

This is thanks to the support and help the Birmingham Swifts has given me.