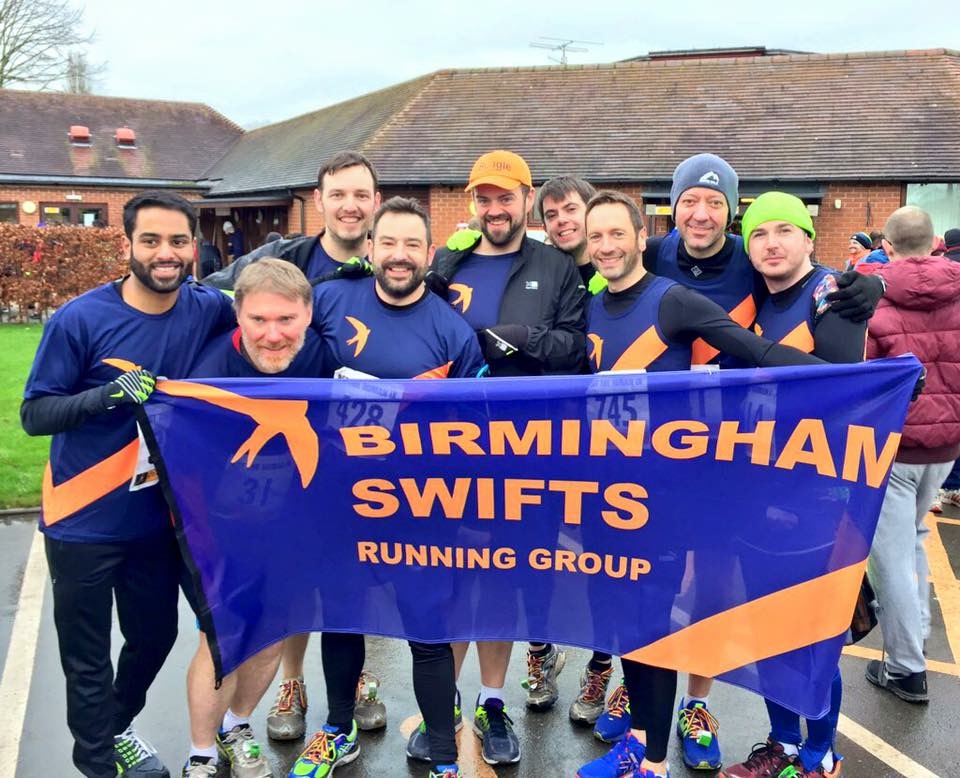 On a cold January morning what could be better than being snuggled up, warm and cosy for a lie-in?
Early on Sunday Morning I dragged myself out of bed, wondering to myself why on earth I was doing this. Cannon Hill Park Run had been called off the day before due to icy conditions and there was a small voice in my head saying “maybe it’s been called off and you can go back to bed”. I checked twitter, and alas everything was go. I had to do this after all!

The “Not the Roman IX” is organised by Stratford Athletics Club, and was originally a 9 mile race, sponsored by Roman Motors. Since 2004 the start point moved to Tiddington and it was necessary to adjust the course. The 9 mile course became 12km and so the name changed to Not the Roman IX. Paul sold the race to the Swifts by pointing out that the unusual 12km distance which made it ideal for personal bests.

Jay kindly picked me up and we got to the registration point bright and early. There were several familiar faces from Cannon Hill Park Run. Nine Swifts had entered the race and there were two very brave supporters, Tom and Steven. Tom was looking frozen even before we reached the race start.

The start was about 1km from the registration point and was nice and bracing. Blaine shoved his coat in the boot of a strange man and we were all ready to go.

The course itself felt pretty rural and I relished the first few kilometres just escaping from the crowds and noise of the city. The course was initially nice and flat, lulling me into a false sense of security and I was settling into things fairly comfortably, when the hill began. But, as the hill began, so the supporters were there to give us a boost, despite the bitter cold and that really helped me make it up. From then on the course was downhill. We went through Loxley, where people were really clapping and cheering on everyone.

I started to realise I was actually going faster than I’d imagined and I was at the 8km mark on course to beat my 10km personal best. Maybe I’d blown it and I’d have nothing for the end?
But I seemed to be feeling pretty good, so I went for it. I comfortably beat my 10km personal best and still seemed to have something in the tank. The final 2km passed pretty quickly, with just a little bit of a hill before 11km. Towards the end, the support was great, our supporters and the swifter Swifts were all there just before the finish line, cheering each other madly for that home straight. I picked up my t-shirt (no medal, alas) and joined the cheerleaders. Personal bests all round!

Once we were all finished, Chris led us to the nearest pub for food and refreshments. We found ourselves a corner of the pub, and refuelled, to the amusement and bemusement of the regulars.

And so it was time to head home, with Jay kindly driving me. After it all, I was very glad I hadn’t just hit snooze and stayed under the duvet.