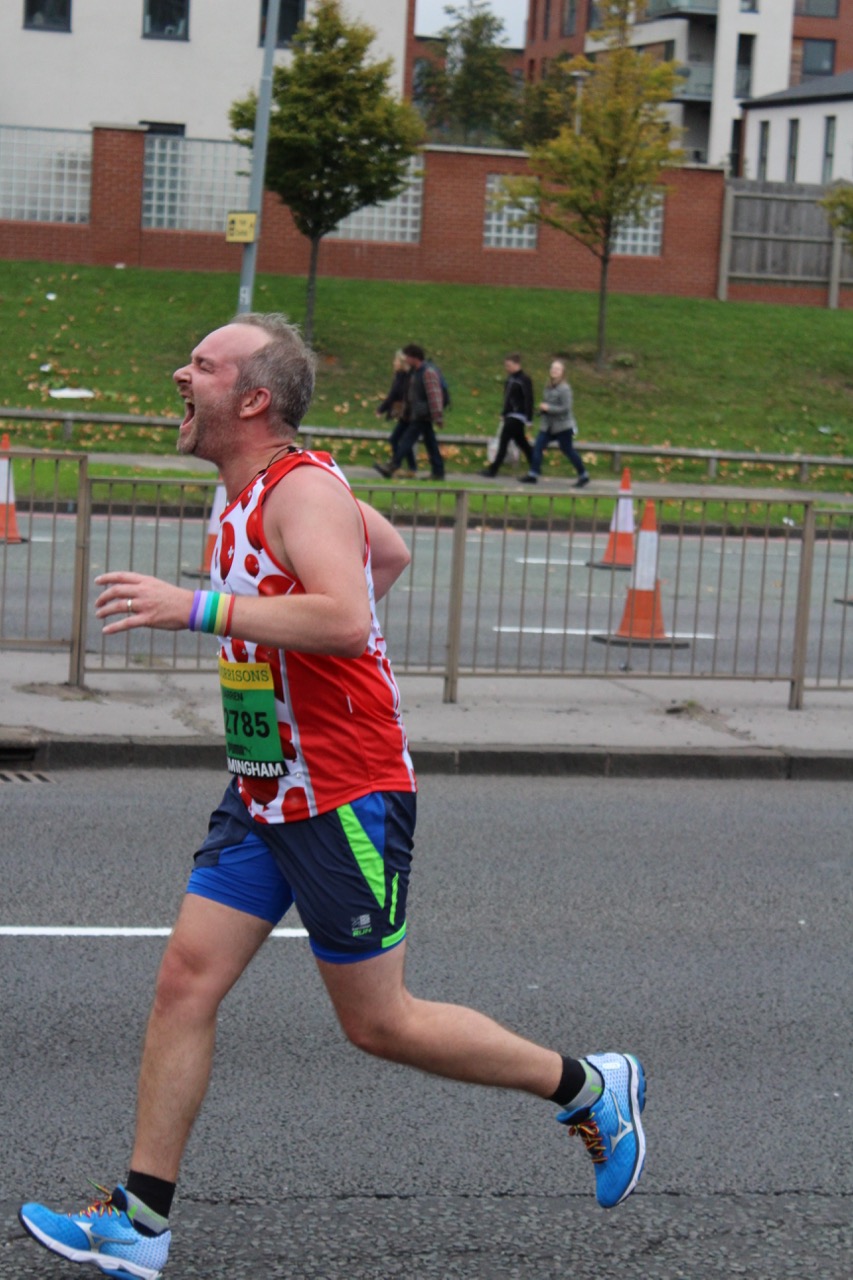 I’m Not The Runner

… and I guess I still struggle to see myself as one!

As exercise goes, my partner and I went our separate ways a few years ago; he took to running and I headed for the gym. I tried running, but found it a somewhat uncomfortable and unnatural pursuit, each to their own. Annoyingly people always confused my partner and I – on social media, in real life – I frequently had to explain part way through conversation “Oh no, I’m not the runner, he is”.

Despite my best efforts, running slowly but surely, continued to infiltrate our lives. We moved to Birmingham a little over a year ago and the Swifts happened. My partner joined the group (still then very much in it’s infancy), I heard stories of ‘another runner turning up – there’s now four’, ‘there’s one who’s really fast and wears ridiculously short shorts’. A community had started to develop, thanks to the efforts of Tommy Hill, someone I was soon to meet. This running lark had started to intrigue me!

I gave in, I joined the Swifts, ‘running’ occasional Park Runs to get myself moving. I was given the name PseudoSwift, as although a novice member, I rarely participated in runs. Then it started, I would run the occasional Park Run, I wasn’t bad; my team mates encouraged me to train a little more and enter a 10K, so I did, my first being the Birmingham race of April 2015. My ‘encouraging’ team mates started again, “well if you can run a 10K, a bit more training with us and you could run a half marathon”. I remember thinking at the end of the 10K, there was no way I could ever run *that* distance, basically twice as far as I’d gone to date.

But these Swifts are wily people. And by that I mean progressive, supportive and encouraging. I decided to join the half marathon training programme and slowly extended my distance. See how far I could get. The run leaders pushed me enough to keep me going. I could actually do this, I could actually be a runner too!

So, on Sunday 18th October 2015, I found myself stood at the start line of the Birmingham half marathon with my fellow Swifts and about 20,000 other runners. A quite overwhelming experience. I had chosen to run for the Birmingham Children’s Hospital charity, I thought that if others had sponsored me and believed in me, this would help motivate me through the more difficult miles. I wore my shirt with pride.

I ran, I kept running. It hurt sometimes but I kept moving! Support from the crowd and fellow Swifts was fantastic, people shouting ‘Go Darren!’, ‘Go team BCH!’ this brought tears to my eyes, and still does now to think about it. Quite an extraordinary experience. By the time I met THAT hill, I was ready, tired but ready. Swift training runs had prepared me both physically and psychologically, off I went, only a couple of miles left to go!

I did it, I got to the end, faster than I had hoped! Fellow runners waiting for me at the finish.

I’m very proud of my accomplishment, proud of the money I’ve raised (thanks to generous friends, relatives and colleagues), but also proud to be part of the Swifts, who have carefully and cleverly taken me from Park Run to 13.1 miles in less than a year. Swifts Ahoy!

Swift running from Tommy and Neesa

The Swifts celebrating in The Fox