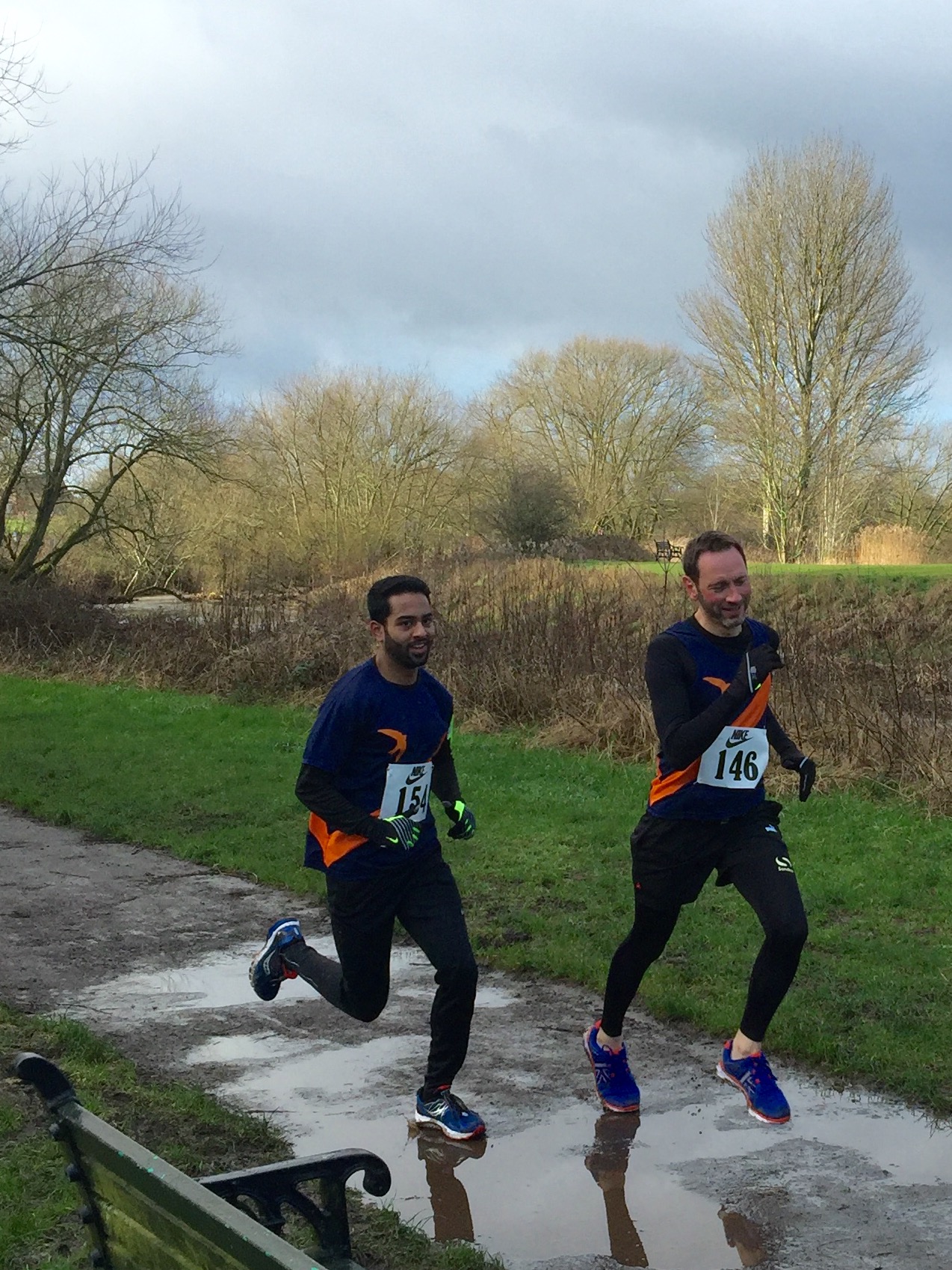 It was a very cold Sunday morning on 7 February 2016. The night before, torrential rain fell so we all knew the following morning of the 5-mile Centurion Grand Prix race was going to be a wet one. As we arrived at the parkland venue in the ‘picturesque’ Chelmsley Wood, we immediately noticed the ‘damage’ the rain had caused the night before. It was very muddy and wet! Nevertheless, we were optimistic and in relatively high spirits. There was a fantastic turn-out from the Swifts and the other 100-odd, ‘crazy’ running fanatics who were prepared to embrace the weather; as you do on a cold Sunday morning!

We were not deterred by the mud and deep trench full of last night’s rain on the race track. Many of us thought we were being clever by running on the earth around the trench but to our dismay, the ‘drop’ in the trench was unavoidable! Our feet were soaking with muddy rainwater and for the next kilometre or so, it felt like we were running in iron boots! But we were determined to not let that slow us down.

This was my first 5-mile Centurion race and against the advice of my fellow Swifts, I was determined to not ‘take it easy’. I was initially apprehensive but I soon felt very comfortable, reassured by the fantastic support we had from the crowd. I wanted to really push myself and knowing that I’ve got a half marathon coming up, I felt like this would a great opportunity to see how fast I could run 5 miles. Obviously, I did plenty of stretches before the run and made sure I paced myself for the first kilometre or so. This is really important.

So, as I crossed the finish line I soon realised that I was the swiftest of the Swifts! I completed the race in 33 minutes and 37 seconds, coming in 26th place. For me, that was a great achievement. The other Swifts shortly followed. They all did tremendously well and should all be very proud of their achievements. We even had some PBs!

A few weeks ago, I could have never imagined running and taking part in races. In fact, as ridiculous as this may sound, I didn’t even know I could run! One of the great things about the Swifts is that they’re so welcoming, friendly and supportive. Knowing that they’re behind me every step of the way, encouraging me to do well, has really boosted my confidence in running and in general. Thank you all for just being awesome!

Bring on the next 5-mile race!

Start of the race with Blaine, Tommy, Paul and Jad

Paul going for it

Jad and Anton early on