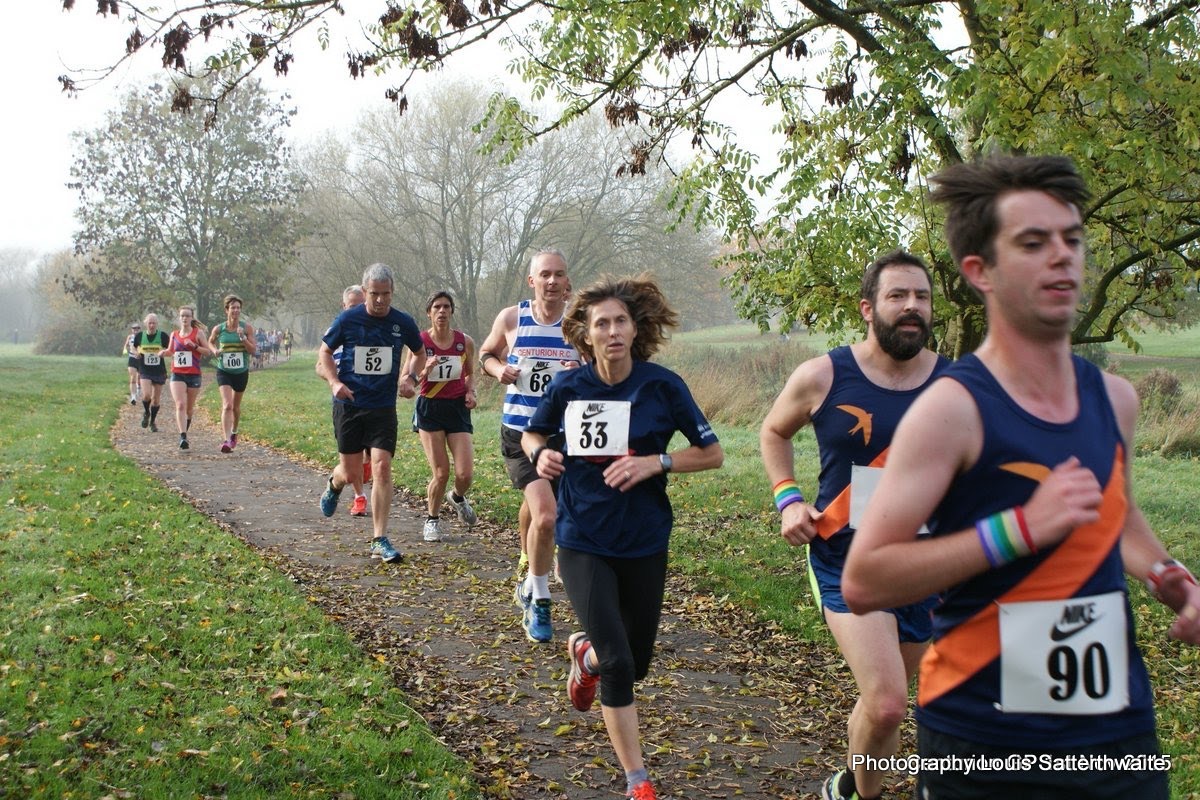 Tommy racing with Jay just behind

Tommy racing with Jay just behind

It was misty on the first Sunday of November; pretty much how you would picture a morning as winter begins to creep in.

That doesn’t deter runners though, and from all around the West Midlands they descended on Chelmsley Wood near Birmingham Airport to take part in the first of the 5 mile Grand Prix series organised by the Centurion Running Club.

I was one of three Swifts joining the group of 127 – each one of us returning to the park having raced there last winter, with each of us hoping to complete at least four of the six forthcoming races.

It was also the first time on the course that the blue and orange colours of the Birmingham Swifts appeared, and as the start neared, the sun slowly started to burn through, stretching its warmth so that we could justify the vests we’d decided to wear.

I was determined to beat my time from last year and set a new personal best for a five mile race, but I knew it was going to be a challenge, especially when the two other Swifts can run faster than me!

Running might be a challenge of you against the clock, but when you’re running with us, we’ll find a way to inspire you, push you on and help you achieve your goals. And that’s what happened with me on Sunday: Jay ran alongside me, apparently resting his foot after two half-marathons in two weeks, but clearly with lung capacity to spare.

I enjoyed the tighter, winding sections of the course as I was distracted by the trees, leaves and river running alongside. The more open stretches of parkland were less friendly as I slowed down around the lake, able to see runners on the other side. But through it all, Jay was there alongside me, urging me to keep up with him.

For much of the last mile I could tell he wanted to push onward, but he continued to hold back for me so I could have someone to focus on. And with the last few hundred metres to go, I was grateful as I extended my stride and sprinted for the line. I managed to squeeze alongside Jay, and then ever so slightly past him, determined to get to the finish line as quickly as possible while cheers rang out from those gathered at the finish line watching the battle between two club mates.

They may have seen it as a battle, but us Swifts know that we were doing as we always do: club mates helping each other achieve their goals, as Jay helped me reach a new personal best by over a minute.

As we left, all three of us were happy with what we had achieved, knowing that we’ll be there to support each other next month when we’re back. Come and join us, and we’ll be supporting you as well.

All 3 Swifts set off together

Its a sprint finish for Tommy and Jay

Great sprint finish – it was close…..

Another Swifts successful race day over