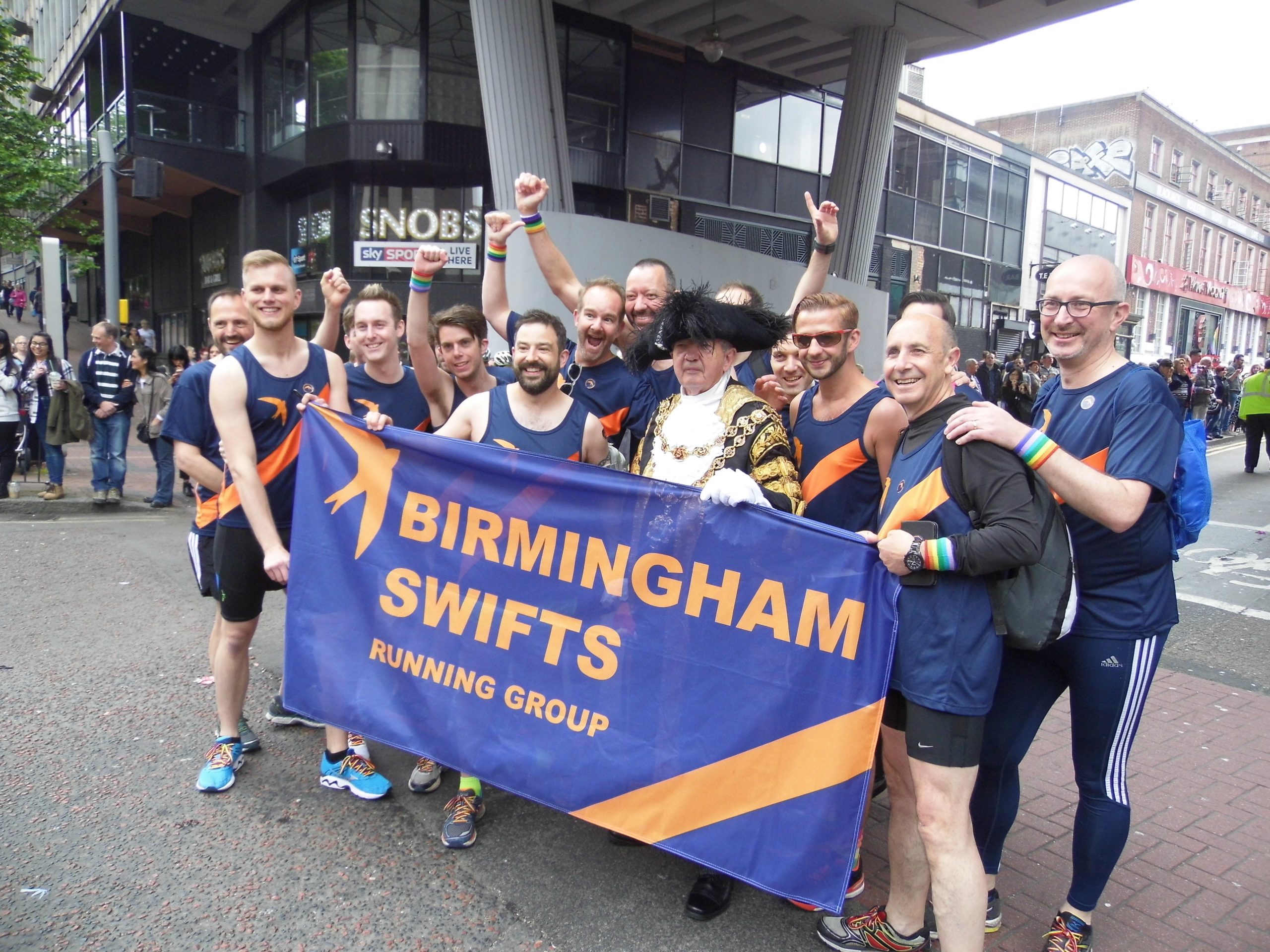 On 23 May 2015, the Swifts took part in the Birmingham Pride march. Resplendent and magnificent in our brand new running kit, we were one of the few sporting clubs to take part.

It’s a shame that we ended up stuck behind a bus! We weren’t meant to be, but as with this sort of event things changed at the last minute. As a view of the parade, it wasn’t the most awe inspiring. But the Swifts are never beaten! We used this potential disadvantage to our advantage.

The original plan was to march in the parade, hand out stickers, raise awareness of the team and generally just wave at the crowd a lot. But it became apparent that marching (well, walking) for a running club seemed a bit contradictory. Even some of the crowd seemed to be pointing this out! Being stuck behind a double decker bus that stopped every 100 yards or so was making it hard to get noticed and that’s when someone had a brain wave!

Obviously, we couldn’t run the whole of the parade route; there was a bus in our way. But we could run parts of it. The idea was simple, let the bus and the rest of the parade get 100 metres or so ahead and then after a countdown, the Swifts would run for a short burst. This was a great idea as it gave us an excuse to interact with the gathering crowds.

Shouting out a countdown and encouraging people to join in created plenty of excitement and on the cry of ‘Swifts Ahoy!’ we would run and each time the crowd responded. Applause and cheers followed us down the route and for a recent member of the group this was great. It was invigorating to feel a part of a team and getting cheered on by the crowds just added to that feeling. I even managed to capture a couple of these runs on video!

I’ve usually avoided Pride events. Living in London for a number of years, I’ve come to associate Pride with wild nights out in Soho. Being part of Birmingham Pride this year showed me what these events are really about; a wide variety of LGBT groups coming together in a common cause, to celebrate who we are and also to promote our clubs and groups. It was clear to me that unity is strength!

Being new to running it seemed a bit daunting to be running alongside people who have ran half marathons! But the Swifts are a wonderfully welcoming group and while there’s some playful banter about beating each other’s times, it’s all in jest and the atmosphere is wonderfully encouraging and supportive.

I’m now looking forward to running my very first 10k with the Swifts in September. For someone who a year ago could barely climb a flight of stairs without getting short of breath, the idea of running a 10k, and maybe a half marathon one day, is still hard to believe. However being part of a club like the Swifts has given me the boost to keep going and being with them at Pride cemented the idea of us being a team. 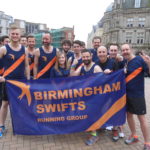 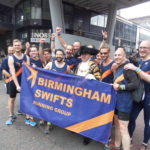 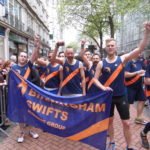 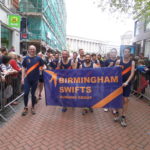