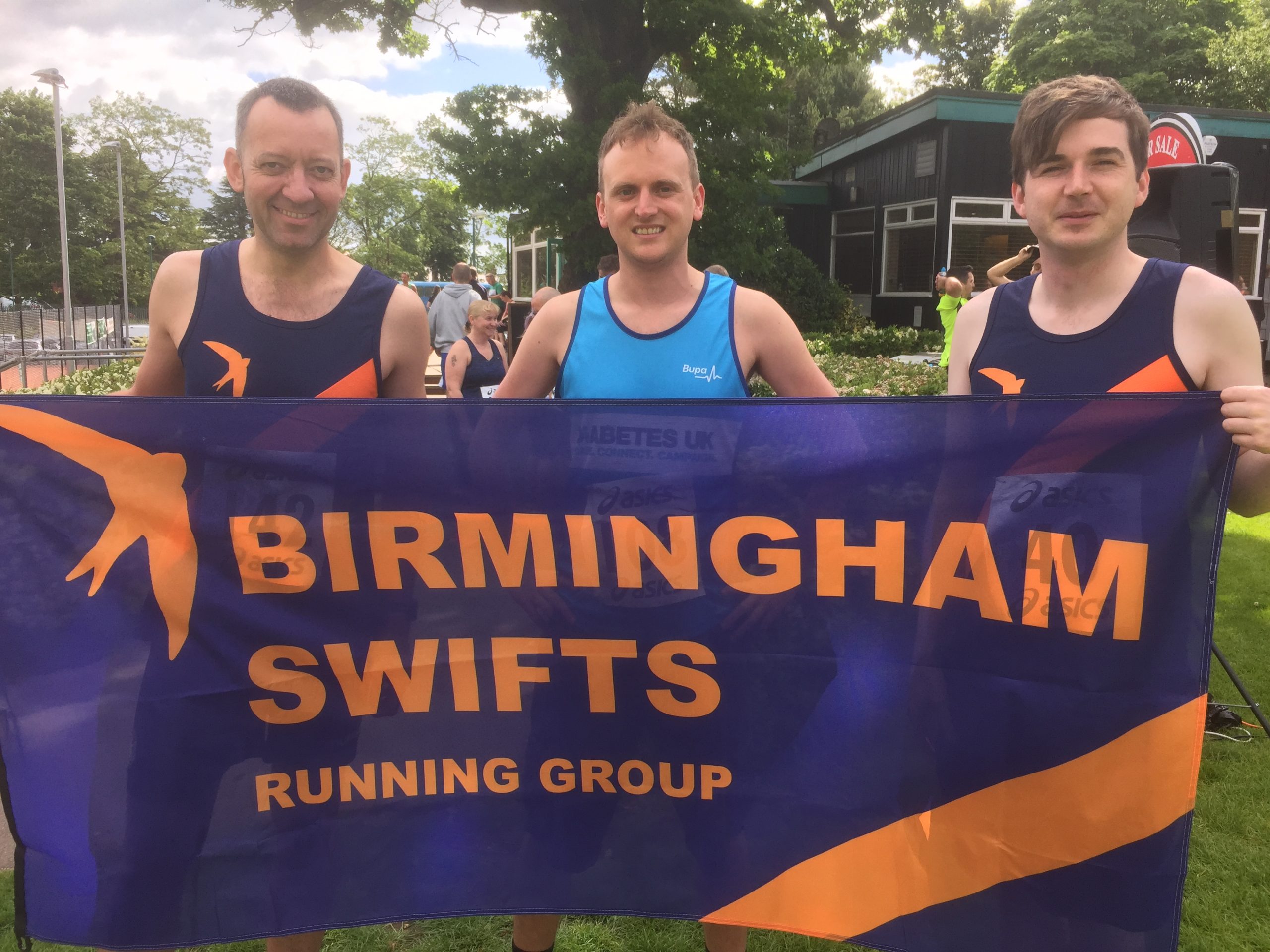 I started running again after a 3 year break in January 2015 with the Starting Out sessions that Birmingham Swifts hold, and after this I was able to run 5km without stopping. So after completing a few parkruns and having missed the Birmingham 10k I decided to jump in and sign up for the Arden 9 mile race organised by Knowle and Dorridge Running Club.

9 miles would be longest distance I’ve ran since the half marathon in 2012. My training for the race started slow trying to increase my distance week by week. The week before the race I was worried I wouldn’t be able to complete it but after a gentle 8 mile run the week of the race with fellow Swift Jay I felt the 9 miles was achievable.

Come race day the nerves started to kick in as this was my first proper race in years. Once the race started though I was fine keeping my pace at a manageable rate. The course was mainly on roads, fairly flat and featured a nice lap around a lake. It was encouraging to have random people coming out of their homes to cheer you on, especially the guy who was outside with his garden hose to help cool you down! Big thanks to the lovely people who hand out the water and the volunteers who made the race happen.

As the race was 9 miles, this works out at roughly three parkruns – so when I got to the 6th mile marker I thought to myself “I have one parkrun left to go”! As I turned into the sports club I had about 400 meters left to go with Tommy, Paul & Dean cheering me on for the final bit. Approaching the finish line I wanted to go for it and managed to overtake a person who had been in front of me for most of the race. I was aiming to complete the race in 1 hour 30 minutes, so to manage it in 1 hour 24 minutes I was very pleased!

The best thing about joining the Birmingham Swifts is that it’s given me motivation to continue the running in a friendly and supportive environment.  I don’t think I would of picked up running again if I was doing it on my own and I definitely wouldn’t be where I am now with my capability.

Now it’s time to get the Birmingham half marathon training plan and hopefully have a few more races in the pipeline.